After making more than 1000 teachers sing If You’re Happy and You Know It (we kid you not, Legends, see the below picture), the American Mid-Level Educators 2016 Conference (AMLE) kicked off with a general session featuring Derek McCoy, Debbie Silver, John Bernia, and Marlena Gross-Taylor, all educators and administrators working in Middle Schools. Each had a mini keynote, and here are some of their legendary comments. 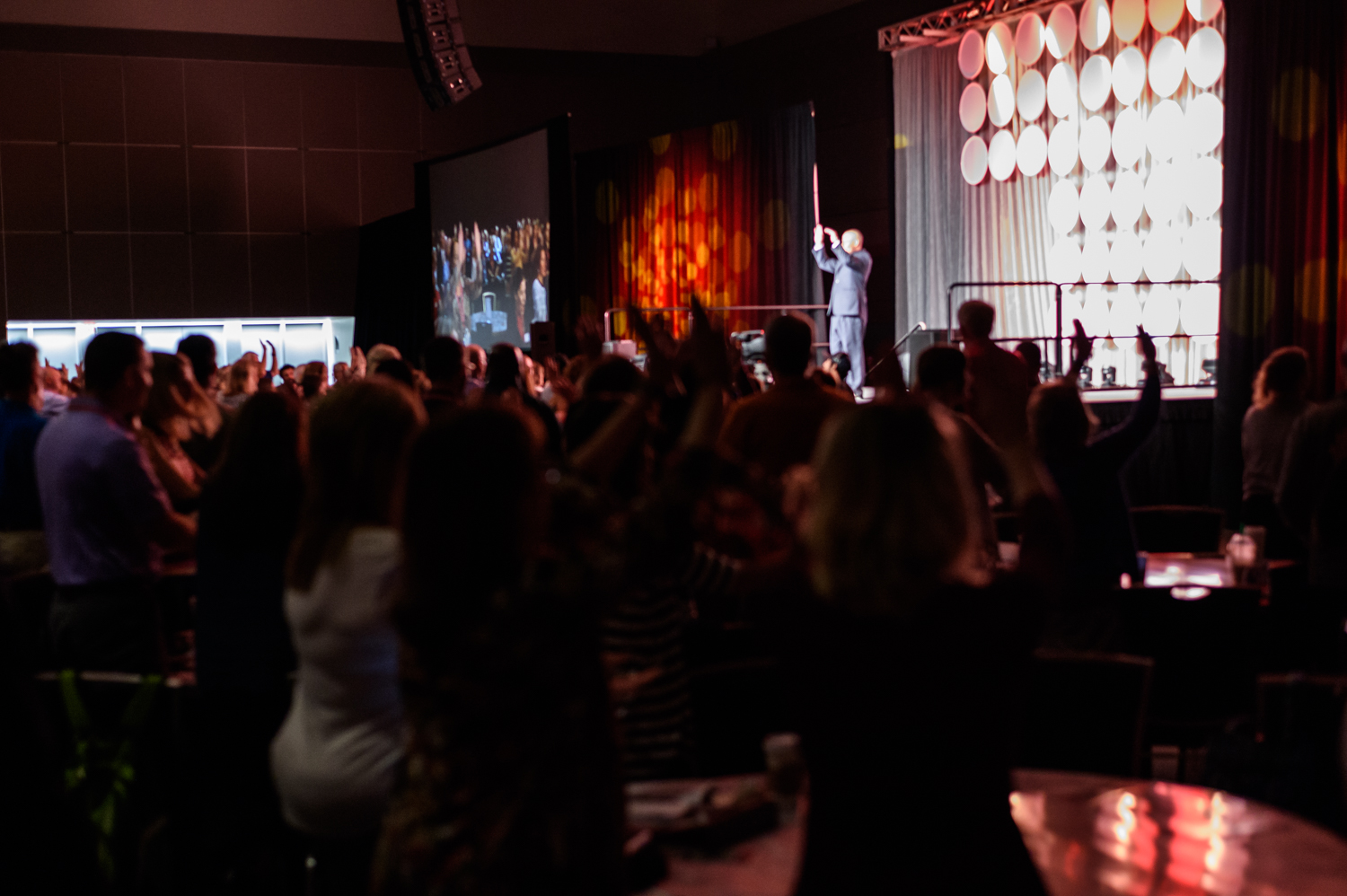 Marlena Gross-Taylor kicked off the group by stating belief is a critical component of success for middle school children. “Kids don’t believe in themselves yet,” she said. A teacher believing in them openly and with lots of encouragement helps students bridge the gap until they can believe in themselves. “You are limitless is the message,” said Ms. Gross-Taylor.

To help facilitate strong teachers Ms. Gross-Taylor started the EduGladiator movement via the Twitter hashtag #edugladiators. The effort encourages students and teachers to move towards success. “Each and everyone of you is a gladiator,” said Ms. Gross-Taylor to the audience. We think that’s simply Legendary, and the speech was an inspiring start to AMLE 2016. 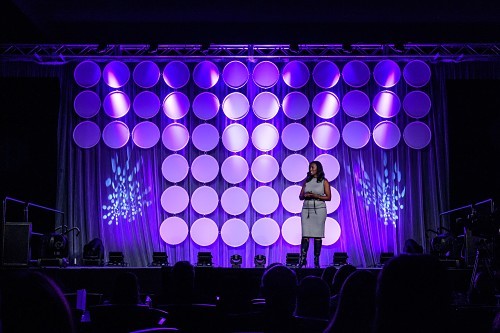 Dr. Debbie Silver riffed off of the hit song from Zootopia, “Try Everything.” She ran through some hilarious stories, and then encouraged teachers to not give up on children, but instead to simply experiment with new approaches. “If one thing doesn’t work, then try another thing,” said Dr. Silver. She related some success stories about students who made it after initial challenges.

Dr. Silver encouraged teachers to go beyond the accepted. “Take some risks,” she said. “It’s about the kids, be their advocates, and try everything.”

John Bernia and Derek McCoy took the stage together to discuss the administrative point of view. The two encouraged teachers to take the conference as a means to enthuse and engage students, to become connected educators. Mr. Bernia said “What makes our school special isn’t the building. It’s the people.” Mr. McCoy added, “We both became digital principals of the year and affected change in our schools by becoming connected educators.”

Day 2: The Challenges of Middle School 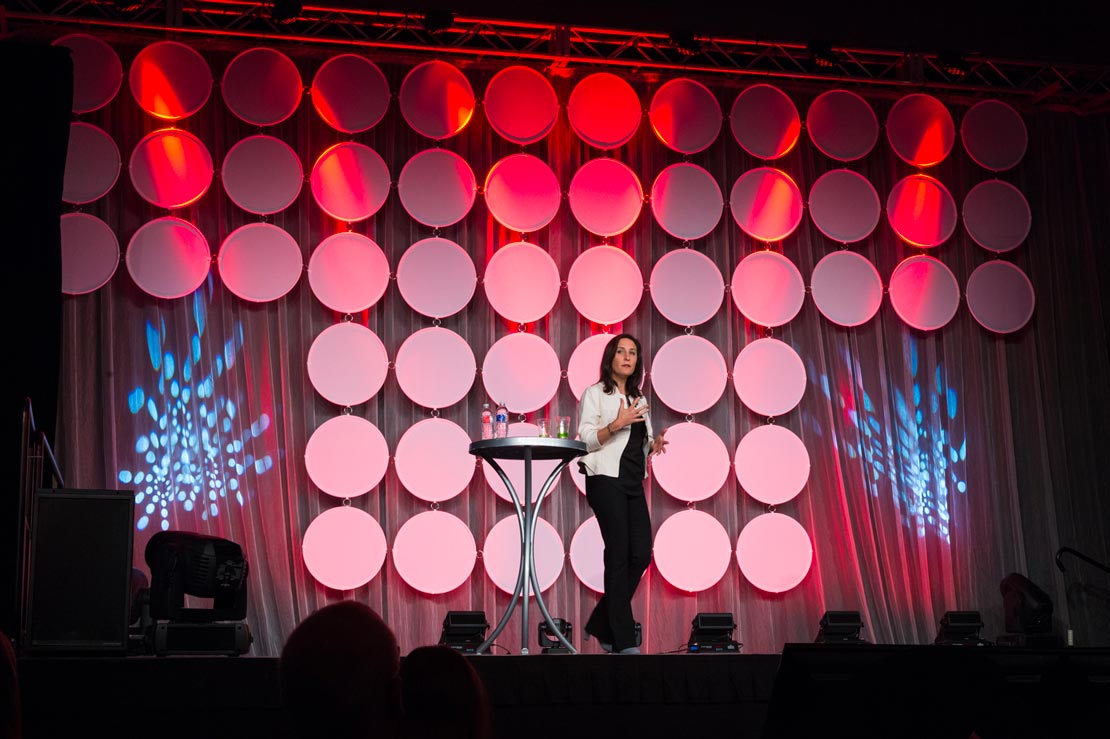 Day Two kicked off with an poignant keynote conversation about the difficulties of teaching in Middle School. Rosalind Wiseman, founder of Creating A Culture of Dignity, and author of the book Queen Bees and Wannabes that became the movie Mean Girls, talked about the consequences of working with tweens.

The legendary educator said that while students in Middle School are undergoing great personal and mental growth with difficult challenges, they also have a great need for meaningful relationships. Middle School Teachers face great difficulties, too, particularly the longer they work in the field. They face a crisis of competency, relevancy, and effectiveness. Middle School students are quick to let teachers know when they are failing. Failure centers around teacher’s skill sets, but if they have a growth mentality failure can be a touchpoint for advancement.

“It is important to admit you are struggling,” said Wiseman. “It’s the point that allows a teacher to move forward and enjoy work. Teachers know that their students are struggling for a wide variety of reasons, many of them find their basis in reasons outside of the classroom.” Young people may need to disagree to grow and learn added Rosalind Wiseman. Teachers need to better embrace challenges from students as an opportunity for growth, not a sign of disrespect.

Ms. Wiseman also discussed how social media, bullying, and group dynamics work together. Teachers patronize students about social media, telling them if they make one mistake that their life is over. It’s important to move away from fear-based warnings, and show them why social media is so powerful, offered Ms. Wiseman. For example, she illustrated how likes trigger endorphins in students brains, and reaffirms identity. Are teachers thinking it through? How does it relate to class?

“Not everything is bullying,” said Ms. Wiseman. “Sometimes people just sound off on issues, particularly in social media. Bullying is repeatedly abusing or threatening to abuse power against another person. Drama is tension about a powerful moment that makes people sound off.”

Ms. Wiseman continued by suggesting that teachers need to show students the difference, and also highlight older and adult bullies. Help students learn how to treat themselves and others with dignity, not only in their individual situations, but also their lives. Show kids how to care make the world a better place. 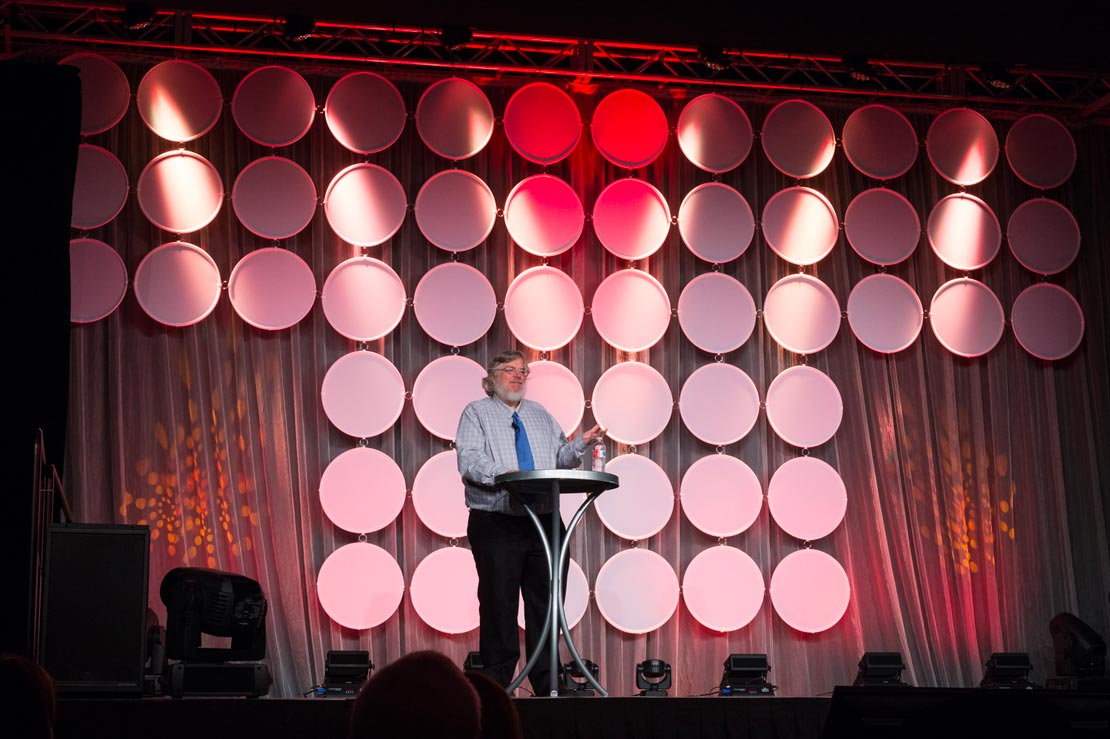 The next and final legendary keynote discussed turning around society by helping struggling Middle School students. Robert Balfanz, Diplomas Now Co-Founder, told AMLE attendees it was their responsibility to turn around America’s graduation problem. “The Republic’s future depends on teachers ability to turn around our students fortunes so that we don’t have a society of haves and have nots,” said Dr. Balfanz.

“The middle grades are where kids decide whether or not schooling is for me,” added Dr. Balfanz. “They need to understand the benefit of it rather than seeing it as something that they had to endure. If school is something that kids have to endure, then they start missing class, pushing back against teachers, and looking for external sources of fun.”

Dr. Balfanz’s presentation showed that one third of kids are not prepared to graduate or barely graduate but cannot attend post secondary schools. Eighth grade test scores are more predictive of college success than high school scores. The Chicago Consortium on School Research shows little movement after middle school. Kids with Ds and Fs are not going to perform well, so showing students how to change so they attend school, and succeed with Bs and As (and real grades, not inflated ones). “We simply cannot allow students to come in low and leave low” he said.

Balfanz discussed the primary identifiers of troubled kids: Below level reading, writing and math scores; the magnitude of their difficulties; chronic absenteeism; and, GPAs of 2.0 or below. Evaluations allow teachers to see the magnitude of problems, and how to help students turn things around. Teachers need to understand what causes disciplinary problems rather than identifying children as problems.

If you just talk to kids, build the relationship, and find the root cause, then usually the problem is fixable. There can be serious issues, but teachers need to invest the time to address students’ problems, said Dr. Balfanz. The number one identifier is absenteeism. The quickest path to success is finding a plan to address absenteeism and getting to school. Show students the consequence of missing school.

Related Articles
Conferences
An Epic NSTA 18
Conferences
Exploring Wonder and the NGSS with Paul Andersen
Conferences
A Man and His Battery: Breaking World Records with Chip Yates
For Teachers
For Schools
For Districts
For Parents