Using GBL As A New Engaging Resource For His Elementary Teachers: Eddie McGrath 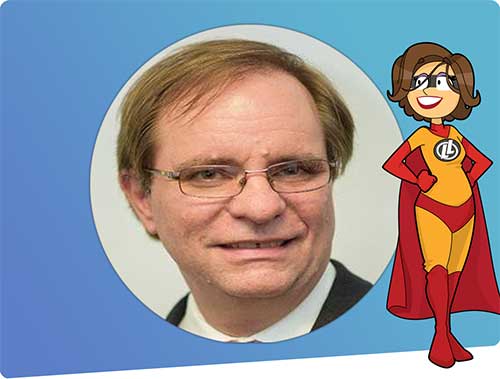 AKA "The Mad Scientist"

Eddie McGrath, also known as The Mad Scientist, is an inspiring leader who is always looking for the best new resources for his students.

When we met Eddie last year, he was immediately drawn to the idea of having a new engaging resource for his elementary teachers but he knew he needed buy-in. According to Eddie “The most important factor in bringing in a new program is to convince the shareholders (in our case, teachers and administrators) that the new program fills a need that either has been unfilled or has been filled in an undesirable way…Teachers found it was engaging and solved some problems of science instruction that had occurred.”

Once he had a great product, the real key to success for Eddie was spreading the word. Because he had his science council already bought in, he had champions at each school and usage took off quickly.

After using Legends of Learning for more than a year now, Eddie still looks back to a second presentation to his science council as the piece that really got Legends going in Red Clay. As Eddie recalls “my Director of Curriculum and Instruction (who would make the final decision to buy or not) tried it out. The moment was when Aryah (the Chancellor) tried to move on and my Director (engaged in a game) said, “hold on, I’m almost done!”

According to Eddie, teachers value Legends because it is easy to use and “solves some problems with science instruction”.

Look for Eddie (AKA The Mad Scientist) at the next Science/STEM event you attend. You’ll see him wearing his Mad Scientist cape!

Back To Administrator Case Studies